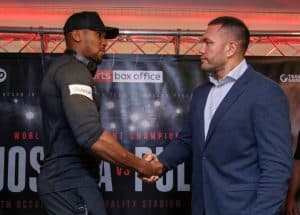 After the incredible, tactically won fight against Andy Ruiz, the English boxer Anthony Joshua is going to face Kubrat Pulev for defending his IBF title. During the weeks, different rumours appeared on the internet that these two boxers will face. Finally, we have confirmation that there will be such a fight in the upcoming months, most probably on March 2020. But now it has been finally announced that the fight between Anthony AJ Joshua and Kubrat Pulev will take place on 20th of June on the Tottenham Hotspur Stadium.

According to the latest news we have, the contract which must be signed till the end of the week is already in Bulgaria, where Pulev is currently located. His brother Tervel Pulev has a fight on Saturday and it looks like that in Plovdiv the contract will be signed. As far as this is done, the auction for the date and the place will take in place. But it is very likely this to be 20th of June. 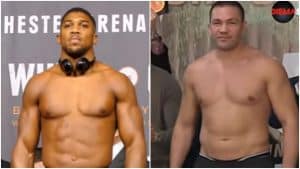 Once is sure here, that both fighters will be thirsty for this fight. And we hardly see that even with a slight injury, no one of them will retire from a match like this.

On the other side, Joshua showed amazing iron tactic against Ruiz. He resisted all confrontations during the match with the Mexican. We were surprised by the way he boxed in the mentioned fight. Definitely, AJ is having better speed and pace compared to Pulev but still he is not that good in defense.

This is the key of success of Kubrat. If the Bulgarian manages to place 2-3 good shots, there is a big chance to shake the British. Joshua is a little bit taller but we believe this will have absolutely no advantage here.

In the meantime, when you are waiting for this amazing match, why do not you try one of the best online casinos with no deposit bonus – Prism Casino (with 30$ free cash).